Get fresh music recommendations delivered to your inbox every Friday.
We've updated our Terms of Use. You can review the changes here.

Thank Goodness Hell Is Easy To Get Into 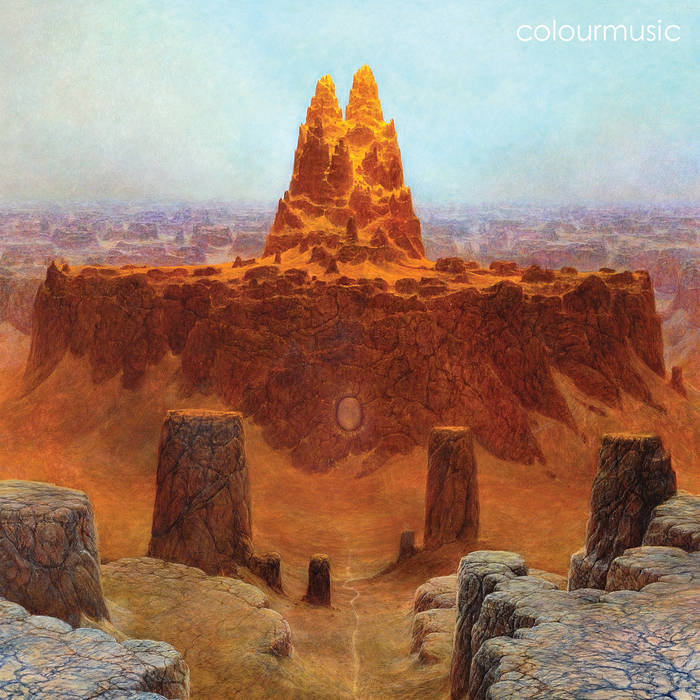 Thank Goodness Hell is Easy To Get Into is a phantasmagorical, stoner rock self-help album. Influenced by Carl Jung, Mark Manson, and Panos Cosmatos, the fifth Colourmusic full-length features guitars, drums, keyboards, bass and vocal tracks recorded separately and then bounced together to create stereo files.

When writing the album, Ryan Hendrix, who sang vocals on all of the songs, felt it was important each song had lyrics that made sense for each song. “When I sit down to write songs, I really need the lyrics to correlate to the rhythm of the music so I can remember them when I sing live, otherwise I have to read the song lyrics off of a piece of paper live and it can be hard to read that when the stage lights are dim, especially if I write the lyrics in cursive.”

Each song is accompanied with a drum track recorded by Nick Ley. “Can you name a popular song right now that doesn’t have drums? There are some, but most have drums. Drums are really important in making songs popular and that’s why we use them!” Each song uses a kick drum and a snare drum, which are two different types of drums heard in most popular music.
Ryan Hendrix stated, “We did things we had heard other musicians doing, like using A Major chords, which we thought was cool. We even thought it was important to change chords in the songs so it wasn’t like just one chord over and over. ” ​

There are nineteen tracks that were bounced down to be included on the album. Each bounced track was given its own unique title. “We thought it was really important each song had a different title, otherwise it could have been confusing to listeners on figuring out what song they were listening to.” And differentiating song titles also helps the band get a long better. ​“I’ll be honest,” said Ley, “when the songs all have the same title, it can get really annoying when you are rehearsing and we sometimes get in fights about it.” The Vinyl release features only nine total songs so that side A and side B were about the same length, but all vinyl purchases come with complete digital album. The compact disc and streaming versions contain nineteen tracks.

This album is released on Resonant Cult Records and Secret Website.​

Bandcamp Daily  your guide to the world of Bandcamp

Quelle Chris joins the show to discuss his most recent release, "DEATHFAME"